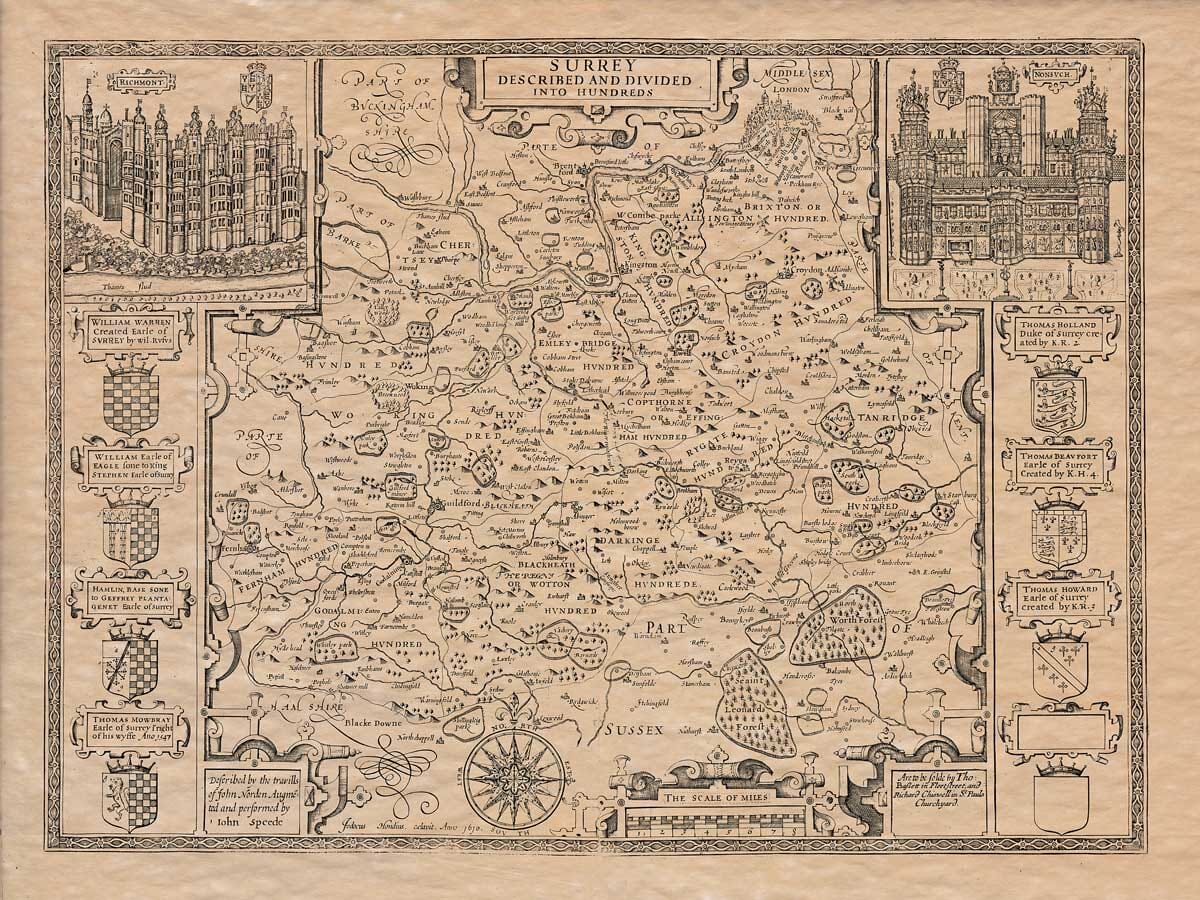 An Old Map of Surrey by John Speed

In 1610, even though Surrey was close to the seat of power, it’s still remained remote from London. This was mainly due to the river Thames, which created a physical barrier that was bridged only at Kingston, Chertsey, Staines and Southwark. Compared to London the air of Surrey was thought, by John Speed to be “most sweet and delectable”.

Henry V11 and Henry V111 built historic residences in Surrey, at Richmond and Nonsuch respectively, both of which can be seen illustrated on this fine old map.