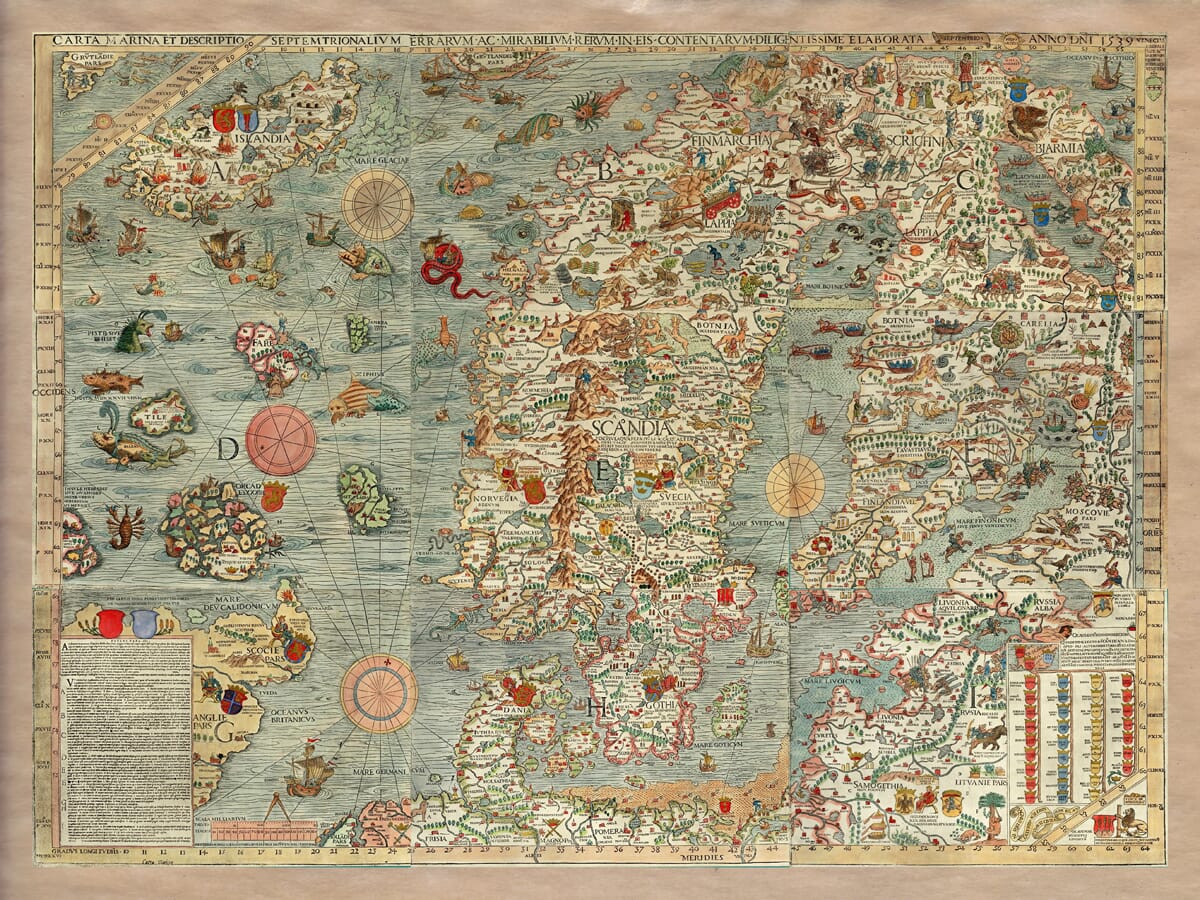 The famous Carta Marina map. Not only featuring wonderful sea monsters but also humungous whales poised to attack old sailing ships. The Theatrum Orbis Terrarum is widely considered to be the world’s first modern atlas. A combination of a number of maps, mainly created by different cartographers and brought together by Abraham Ortelius who wrote the collection into a book, its publication in 1570 is considered to be the birth of the golden age of Dutch cartography.

The Sea Monsters Map, or Carta Marina, as per its proper name, is the first map created of the Nordic countries as a whole by Olaus Magnus of Sweden in 1539. It charts not only geographical information about countries and bodies of water in the area, but it also includes some more fantastical elements which Magnus took from sailor’s stories – giant whales, sea monsters, and the ships which battled them. The map fell out of use shortly after it was included in the Theatrum atlas some forty years after its creation, and it became more myth than history. Until two copies were discovered, one in Munich in the late 1880’s and another in Switzerland in the 1960’s. Both copies survive and are preserved for future generations.

So, an incredibly interesting and historically rare map – it’ll spice up any interior space and is a great talking point with guests.