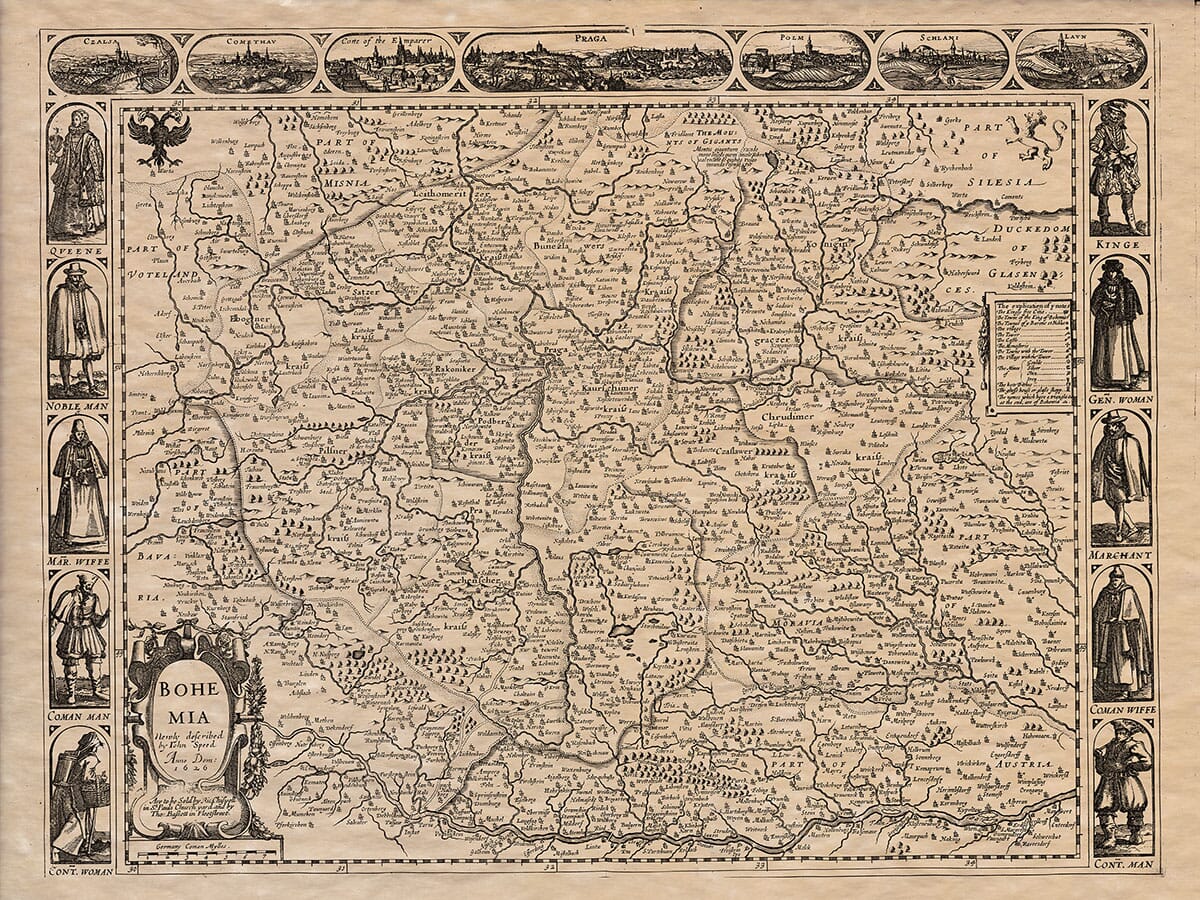 Originally published c.1626 by John Speed this beautiful map is decorated around its vertical borders with various illustrations of Bohemians from five social ranks, from Queen to countryman. At the top of this map are seven insets, showing views of Prague, Comethau (Chomutov), Schlani (Slany), Lavn (Louny), Polm (Polna) and Czalsa, and of the ‘Corte of the Emparer.’ The map depicts all of the major settlements of Bohemia, and those belonging its neighbouring regions. The intricately detailed map stretches from Chemnitz to Silberberg (Zlotoryja) in the north, and from Munchen (Munich) to Wien (Vienna) in the south. The region’s rivers, lakes, mountains and forests are all marked together with its castles, monasteries and mines. Speed includes a useful explanatory key to guide the viewer around the map. A beautiful gift for anyone with connections or interests to Bohemia.